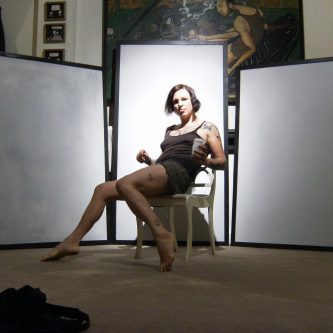 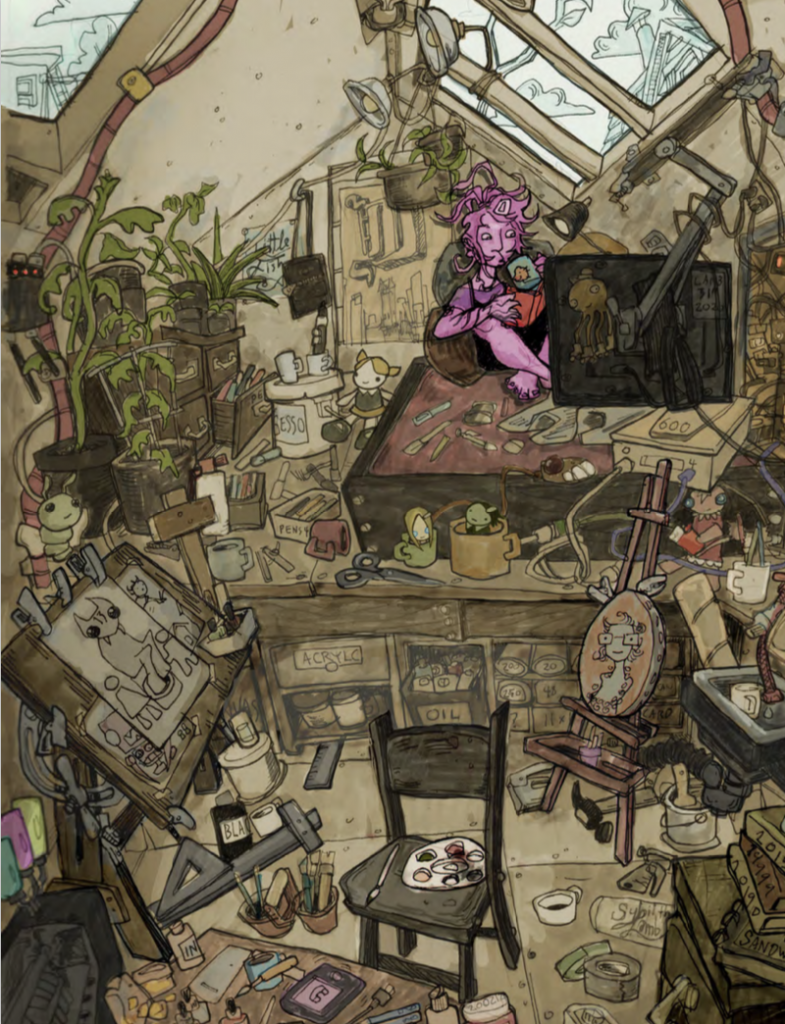 Who is Sybil Lamb ?

A. About Sybil Lamb

Sybil Lamb is the author of the illustrated YA novel The Girl Who Was Convinced Beyond All Reason that She Could Fly. When not writing “kids books” she writes the serial Gay Crime Thriller MOLLY & PYXXY DO CRIMES.  Her novel I’ve Got a Time Bomb was published by Topside Press. Her comic THE LOST LITTLE GIRL SHOW has been dragging on with no resolution in sight for almost 20 years.  This writer and visual artist has exhibited at a few dozen galleries like SuperWonderGallary, Hangman Gallery and Gallery 1313. She was commissioned by Toronto World Pride 2014 to paint a 91 foot mural “Ultrachurch”.   Her writing and art have appeared in books, bottles, magazines, comix, alleys and tattoos. Visit her Webstore at SYBILLAMB.COM !

B.  Sybil the Lamb // Professional of Arts

Sybil Lamb is a prolific writer and visual artist who has been at the forefront of transgender artistic production in North America for at least 15 years. She has exhibited visual art at galleries including SuperWonderGallery, Hangman Gallery and Gallery 1313, and was commissioned by Toronto World Pride 2014 to paint the 91-foot long mural “Ultrachurch”. Her zines include such sought-after underground classics as Lost Little Girl Show, and Tranny Summer Camp Blood Feast. She maintains trannypunk.com, “Amerika’s number One! Trans Supremacist & BioPeople Hate Site eZine and Broken Website since 2003.” Her first novel, I’ve Got A Time Bomb, described by Vice Magazine as “magical, a logic-defying story which deeply moves the reader”, is out now from Topside Press.

While best known for everyone having thought that her berzerker punk memoir I’ve Got a Time Bomb was the best gonzo sci-fi of 2014, Sybil Lamb also wrote and illustrated a “kid’s book,” The Girl Who was Convinced Beyond All Reason That She Could Fly. She takes every illustration job she can get and has put her art on everything from a cider bottle to album covers, a steampunk Children of Mars role-playing game, and some serious journals of psychology and literature. She is even slowly hand painting each card of a 96-card tarot deck. Her driving passion is the post-apocalyptic best frenemies adventures in her webcomic The Lost Little Girl Show In the Year 19999. She lives in an enormous and tiny cramped attic hideout in Sandwich Town, Ontario. See tons of Lamby art at sybillamb.com

This Bio is REDACTED until the time that IGOTATIMEBOMB3 gets released. Maybe 2027.

TRAINING IN Painting Drawing Graphic Design, Traditional cell Animation, Printmaking, industrial electrical, Fixing 70s cars, Precision machine shop, residential carpentry-plumbing-electrical, some welding and forge, Biodiesel, and 1980s optician’s assistant. One time she built a tiny house and another time she built a relief printing press.
LIVED IN Ottawa-Montreal-Philthydelphia-NewOrleans-OaklandCA-Toronto-SandwichTownOn
FAMILY~not only is Sybil Adopted but her sister and her dad and uncle and both aunts and at least 4 cousins are also adopted. She’s partially Ukrainian (and Quebecois maybe? Beyond that her birth records incomplete and scrambled) She’s NOT Romany like grandpa or Scottish like her Alcohol&PTSD lovin’ mom. Her grandpa once nearly succeeded in his attempts to seduce Queen Lizabeth in 1956, Diefenbaker was involved as were the Masons, like the deep inner circle secret Masons. Granpa was such an important secret society guy that Syb Could Prolly Join the Masons if she really put the effort in. She has 3 awesome Nieces but they’re just becoming teenagers now so yikes. She was indoctrinated in to punk rock by one of the Mohawked punk extras of the OG Degrassi Junior High! Her first punk shows were in the late 1980s ottawa and she was fake ID in to Goth night at Zaphods as early as 1990.

OTHER STUFF SHE DOES THAT SHES NOT VERY GOOD AT: She sang and played Noise rock in the bands PUSSY PUSSY THRILLS! and THE LITTLE LAMBS and ARE YOU MY MOTHER? She was a crap street medic for a while cuz she had a crush on a street medic. She’s rode the eastern freight rails and gotten lost for weeks. she can fix small appliances sometimes. She brews her own cider but its kinda acidy. She makes her own pasta pretty sloppily. She can roast lamb and smoke turkey in her home made smoker pretty good but the rest of her cooking is all KITCHEN SINK garbage-plate. about 15 years ago she went through a roadkill eating phase. She has been in 3 or 4 rock videos at least, and a documentary, and at least one movie. Plenty GenX and older Millennial Trans rake-hells cite her as an important beloved influence! She has a lot of plants which are 85% not dying.

She has had hundreds of Boyfrenz and Girlfrnz, Some really hot and/or famous ones! She is totes off the market these days as she super-hates dating and also has a mega hot rock n roll mechanic GF!

She lives with 2 cats and is friends with 1 of them. 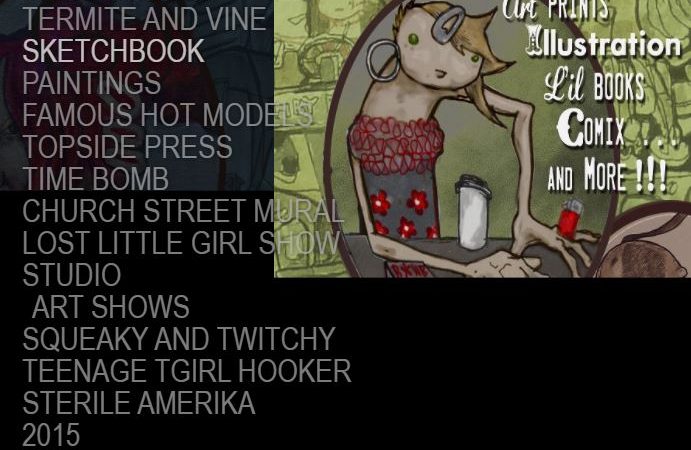